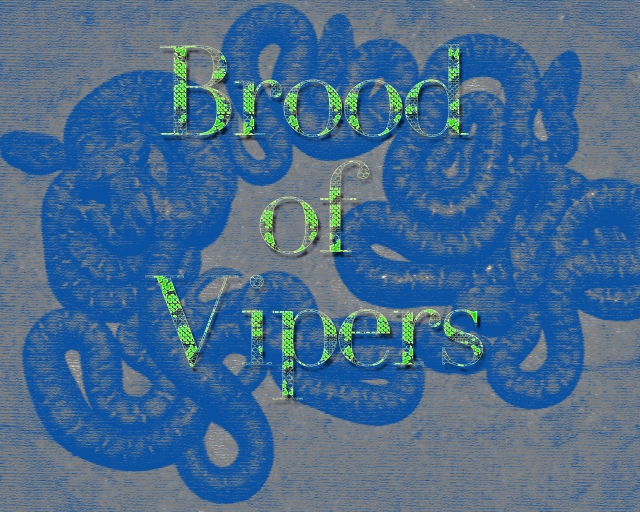 In NO CHARGE, we recapped the 5 posts covering verses 1-10 and looked in depth at verse 11. Today, we are going to look more in depth at the people that verse 1 warns about: FALSE TEACHERS.

To do so, let’s look at what verses 1-10 has already said about them:

This is what we have learned so far about the False Teacher in these first 10 verses of 2nd Kefa (Peter) chapter 2. Knowing basic human nature, I am going to ask a very pointed question:

Kefa (Peter) is not giving an exhaustive list, he is giving a thorough warning to his fellow believers so that they can be aware of, and possibly spot, people doing some or all of the things listed above. He does this so that believers can avoid them – stay away from them – not be poisoned by them. He reminds them in his letter that these people are headed to hell. That these False Teachers were prophesied about long ago. He does this in case some of them are already caught up in their nonsense. He does this so that those who are not, won’t be.

After all, why would anyone with any common sense want to follow the teaching of a teacher that is going to hell – that it was prophesied long ago would go to hell and be destroyed?

It is all around us. There is no escaping it. It is in our face every day!

There is a lot of bank (lot of money) and power to be made from the Bible . . . especially if you twist it, pervert it, repackage it, throw in a bunch things you have made up, and then present it as THE REAL TRUTH.

History proves this to be true or there would be no Mormons, no Worldwide Church of God, no Jehovah’s Witnesses, no Oneness Pentecostal, no Islam, no Health and Wealth, no Prosperity Gospel, no Deliverance Ministries, no King James Only, no Inquisition, no Hyper Grace, no Emergent, no Westboro Baptist type assemblies, no homosexual ordaining churches, no churches with 92 different branches within one denomination . . . there would only be God’s Truth, God’s Holy word – unaltered. Without using and perverting God’s word (the bible) to further his own evil agenda, Adolf Hitler may well have had a hard time gaining the support he did.

So what does Kefa (Peter) say that he already hasn’t said about these people?

born to be captured and destroyed,

insult things about which they have no knowledge.

When they are destroyed, their destruction will be total —

But Kefa (Peter) doesn’t stop there. He drives the point home again and again. He says:

Did you notice a little nuance here? “the harm they are doing?” It is harmful to pervert and twist the word of God. Who is harmed? The hearer. In a word, YOU! With that in mind, let’s continue as Kefa (Peter) also continues to rail on these false teachers:

for a woman who will commit adultery,

and they have a heart that has exercised itself in greed;

so that they seduce unstable people…

Think this doesn’t apply to you? Do you think you are immune? Consider the following:

In a study I read but can’t find at the moment (I believe it was a Nielson study), said that the average person sees 20,000 commercials a year. By the time they are 60, they will have seen over 2 million commercials!

Guess what the ultimate job of a commercial is? To make you covet!

As the text says above, they will have a mind trained and exercised to be greedy or covetous. Commercials are just one of the things that set that stage. If you can see this in the commercial study above, then maybe you can see how this happens in our churches, shuls, bible studies and homes.  Be honest with yourselves, how many of you will have seen or read 2 million verses of scripture by the time you are 60?  Which way will and has your mind been trained already?

The first word is the Greek word for curse.

It could be easily said and accurately that cursed is the opposite of blessed.

The second Greek word above is the Greek word for children. The text is very clear – two paths – not both. You are either a child of the One True God or you are the child of the Adversary. This is why Kefa (Peter) ends verse 14 with the following declaration:

What a cursed brood!

About Even If Ministries

Dani'el 3:17-18 (CJB) 17 Your majesty, if our God, whom we serve, is able to save us, he will save us from the blazing hot furnace and from your power. 18 But even if he doesn’t, we want you to know, your majesty, that we will neither serve your gods nor worship the gold statue which you have set up.”
View all posts by Even If Ministries →
This entry was posted in False Teachers and False Teaching, Word Studies and tagged 2nd peter, curse, false teachers, kefa. Bookmark the permalink.

5 Responses to Brood of Vipers